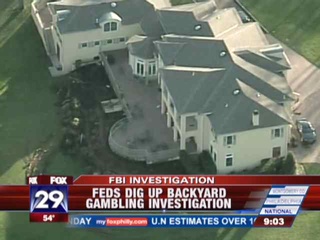 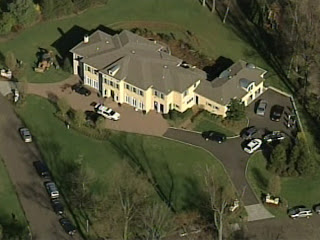 Serious NBA betting scandal followers may recall that it was Joe Vito’s phone records that were first subpoenaed in the FBI probe which led to the successful prosecution of the scandal’s three conspirators (pro gambler Jimmy Battista, referee Tim Donaghy, and mutual friend Tommy Martino).   Until now, there has been no explanation offered for this curiosity.  In this regard, some may find this post of interest.
Discussed intermittently throughout my new book on big-time sports betting, Joseph “Joe Vito” Mastronardo has long been one of the most consequential bookmakers and bettors on the East Coast.  Even casual news followers in the Philadelphia area are familiar with the 60 year-old “white-collar” (i.e., not affiliated with organized crime) pro gambler, who most recently made headlines in April 2010 when the FBI confiscated approximately $2 million following his arrest for gambling-related offenses.  Authorities dug up approximately $1 million in his front lawn, where the cash was buried within 18-inch capped sections of PVC piping under shrubs and other landscaping.  Authorities executed 46 related search and seizure warrants in 13 locations in the Philadelphia area and in Boca Raton, Florida, targeting homes, vehicles, bank accounts, and safe deposit boxes.  Officials also seized Mastronardo’s records and, perhaps more importantly, his computers.  [Please note there is commentary below the related pics and vid clips.] 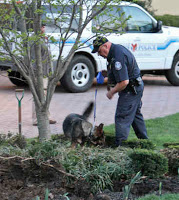 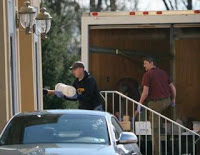 Unfortunately, the superficial media coverage of Joe Vito’s 2010 arrest and seizure almost universally misses the mark, and Gaming the Game: The Story Behind the NBA Betting Scandal and the Gambler Who Made It Happen (Barricade, 2011) contains the first serious context for these events and for the related (and ongoing) federal investigation.

In November 2010, Mastronardo was sentenced to 8 – 59.5 months for violating the probation stemming from his 2006 guilty plea in a local (Montgomery County, PA) case.  Unlike the 2006 case, Montco officials have deferred to federal officials who have yet to charge Mastronardo in the current investigation.  The 2006 case garnered considerable attention because Montco authorities executed 24 related search warrants resulting in a record $2.7 million being seized from Mastronardo’s betting operation.  Prosecutors opted to charge Mastronardo and his brother with misdemeanors rather than with felonies (which were applicable) because the brothers forfeited the $2.7 million.  Though facing 10 years in prison, Joe Vito received 6 months of house arrest followed by more than six years of probation.*

The primary figure in Gaming the Game is former pro gambler – and longtime Joe Vito associate/partner – Jimmy Battista, who revered Mastronardo for his brilliant mind and no-nonsense business approach.  Much of Joe Vito’s impressive career is presented in GTG, and the 2006 Montco situation is examined in the greatest detail to date (for reasons relating to Jimmy Battista’s activities vis-à-vis Mastronardo, none of which are as yet public knowledge).

Serious NBA betting scandal followers may recall that it was Joe Vito’s phone records that were first subpoenaed in the FBI probe which led to the successful prosecution of the scandal’s three conspirators (Battista, referee Tim Donaghy, and mutual friend Tommy Martino).  Until now, there has been no explanation offered for this curiosity.  Gaming the Game provides the inside story of the unbelievable and consequential circumstances.

12/21/20 UPDATE: Joe Vito was released from jail on December 20, 2010, and will serve the remainder of his term under house arrest.  Mastronardo, who must wear an electronic ankle bracelet and request permission to leave his home, is still awaiting the outcome of a federal investigation into his gambling activities.

*Note: I have not linked to related articles that appeared in the Philadelphia Inquirer or Philadelphia Daily News, even though they were almost always the most substantive, because they are no longer available online without a subscription to their archives.  For those parties who have such access, see the work of George Anastasia (Inquirer) and Kitty Caparella (Daily News).

Everything is a gamble, so make bets where you can influence the odds.

“In the case of history, you get far enough away from the event that you can begin to gain some insight through perspective,” @KenBurns tells @TIME on a new film about a 1973 hostage crisis that changed police methods.