Anyone who has read any of my books on Philadelphia’s Black Mafia knows the name Jim Nicholson.  James D. Nicholson’s crucial roles investigating and exposing the murderous syndicate in the early to mid-1970s are always discussed, and my acknowledgment sections always highlight his invaluable assistance to my work.

When I first began my research into PBM in the early 1990s, I reached out to Nicholson in the hopes he could suggest leads and perhaps that he had old news clippings.  Little did I know the sort of person Jim was, which meant from the very beginning – when he had never heard of me, a young aspiring scholar – he couldn’t have been more helpful re sharing his files along with his street and law enforcement sources.  This quickly developed into a mentorship which soon, despite our age difference, became a friendship which lasted more than 20 years.  There wasn’t a thing I wrote of consequence that “Brother Nicholson” (as he half-jokingly liked to call himself) didn’t see first for his assessment, and there wasn’t a topic – personal of professional – about which I didn’t value his opinion.  He remained interested and interesting straight through the last time I spoke with him, and you couldn’t find someone who was more helpful or more supportive.

I’ve been humbled and fortunate over the years to address high school and college students about career advice and the like.  Each of those audiences heard the name Jim Nicholson, and those students will tell you they also heard me say I hope and try to be as thoughtful and giving as he was.  He set the standard as a mentor, as a colleague, and as a friend.

Rest in peace, Brother Nicholson.  And one last time: Thank you, Jim.

Sample Nicholson articles on the Black Mafia from his days at the Philadelphia Bulletin: 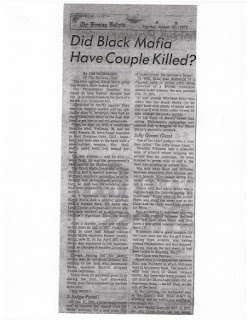 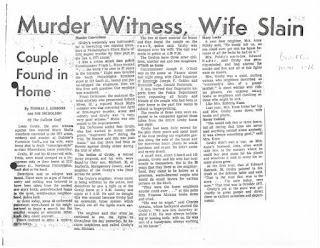 For those new to Nicholson’s path-breaking work on the Philly underworld, he was advised to arm himself by law enforcement, resulting in this (in Jim’s words) vainglorious picture in the early to mid-1970s. 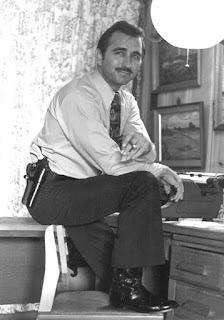 James D. Nicholson, A Man Who Lived a Fascinating Life, Dead at the Age of 76 (Gloucester City News obituary, 2/23/19)

For those interested, here are links to Jim’s books:

Because No One Else Can: Inside the Military Intelligence Sausage Factory

The Dead Beat: Lost Souls, Lucky Stiffs, and the Perverse Pleasures of Obituaries by Marilyn Johnson (which includes a discussion of Jim’s award-winning obit work)

Jim is also featured throughout this documentary, “Philly’s Black Mafia: ‘Do for Self'”