Dawud Bey out of federal prison and back in the news

As I have written elsewhere on this site about Dawud Bey – son of founding Black Mafia member Roosevelt “Spooks” Fitzgerald:

Dawud Bey pleaded guilty in 2005 to distributing kilos of cocaine. Before he pleaded guilty on the drug charges, Bey was incarcerated along with his drug dealing partner Kaboni Savage in the federal detention center in Philadelphia. Like Savage, Bey was recorded threatening numerous people, ranging from witnesses to prison officials to family members of co-defendants he feared may testify against him.  Bey later pleaded guilty to witness tampering for his “multiple attempts to threaten, intimidate, and coerce witnesses into refusing to testify in federal court.”  He was collectively sentenced in the cases to eleven-and-a-half years in prison, served his time, and was released in February 2015.

Bey’s murderous partner Savage, who killed 12 people including a family of 6 with 4 young children among them, was sentenced to death in 2014, and is the lone Pennsylvanian on federal death row.

Since his 2015 release from federal prison, Dawud Bey has been active on social media (see, e.g., here, here, and here) and engaged in various initiatives throughout Philadelphia.  In July 2020, WHYY featured Bey in an article titled “Philly civil rights groups demand that the mayor end stop-and-frisk“:

A coalition of Black civil rights activists in Philadelphia is demanding that Mayor Jim Kenney end stop-and-frisk, a controversial policing tactic that rarely results in officers seizing firearms from suspects in the city and disproportionately targets people of color.

The call comes as people in the city and nationwide continue to demand systemic changes to law enforcement in the wake of the police killing of George Floyd in Minneapolis.

During a news conference Tuesday outside the 26th Police District in Fishtown, speaker after speaker railed against the tactic, calling it racist and arguing that it could set up potentially deadly interactions with police officers.

“We’re asking him to end stop-and-frisk because the moment that you stop that, that lowers the probability of our children being choked in the first place,” said Dawud Bey, co-founder of the Human Rights Coalition 215, a new group working to create a social, political and economical agenda for Black residents in Philadelphia.

Rest of article is here.

Dawud Bey and the criminogenic environment in which he grew up and thrived are discussed in Black Brothers, Inc. The Violent Rise and Fall of Philadelphia’s Black Mafia (Milo, 2007). 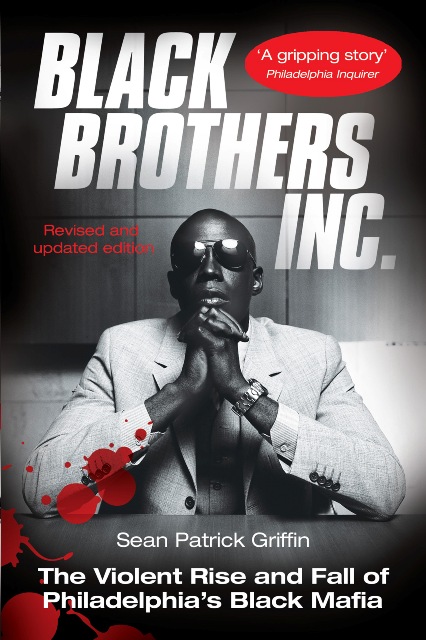 Here are all the things you need to know before heading into tonight's excitement. 😎 #StanleyCup

NHL Going All In presented by @FDSportsbook

An estimated $163 billion from pandemic unemployment benefits was stolen or misspent. The money may never be recovered. https://www.washingtonpost.com/us-policy/2022/05/15/unemployment-pandemic-fraud-identity-theft/

NEW: ‘A magnet for rip-off artists’: Fraud siphoned perhaps $163 billion from pandemic unemployment benefits, and the feds have recovered little

A thread on our latest investigation: