A couple of comments on David Stern’s quotes re: the 2003-07 NBA betting scandal

Home » Analysis » A couple of comments on David Stern’s quotes re: the 2003-07 NBA betting scandal

The former NBA Commissioner is featured in an interview by Nathan Rush for Athlon Sports (published 12/20/16).

I am primarily interested in this exchange (emphases mine):

How did former referee Tim Donaghy’s conviction of illegally betting on games that he officiated influence your opinion on gambling in sports?

Interestingly enough, I viewed the Donaghy thing as a black swan because the Las Vegas infrastructure didn’t pick it up, and even our post-event analysis didn’t come to any particular conclusion. But it did influence me in the context of coming to better understand what Las Vegas does, and how that might be amplified to help all sports leagues that are concerned about betting.

Some may recall David Stern was asked specifically about Gaming the Game while he was commissioner, and that situation is detailed here [Note: what I posted in February 2011 remains true today – the NBA and the NBRA have never spoken with me about my findings]. 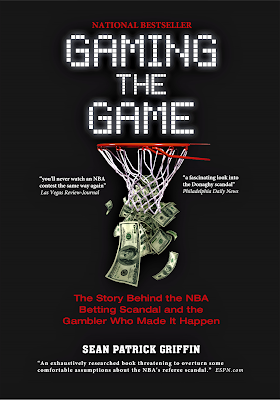 No clue about the source but this makes me wonder if wagering takes place on this.