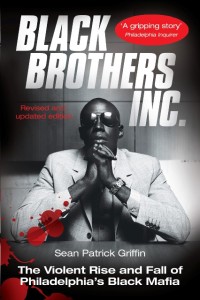 As the revelations emanating from the probe continue, a critically-acclaimed author and leading authority on organized crime exposes for the very first time the disturbing contemporary and historical ties between Ali, the city’s notorious Black Mafia, and the sweeping federal probe.

The Black Mafia was one of the bloodiest crime syndicates in modern US history. From its roots in Philadelphia’s ghettos in the 1960’s, it grew from a rabble of street toughs to a disciplined, ruthless organization based on fear and intimidation with links across the Eastern Seaboard. Known in its “legitimate” guise as Black Brothers, Inc., it held regular meetings, appointed investigators, treasurers and enforcers, and controlled drug dealing, loan-sharking, numbers rackets, armed robbery and extortion.

Its ferocious crews of gunmen grew around burly founder Sam Christian, the most feared man on Philly’s streets. They developed close ties with the influential Nation of Islam and soon were executing rivals, extorting bookies connected to the city’s powerful Cosa Nostra crew, and cowing local gangs. The Black Mafia was responsible for over forty killings, the most chilling being the 1973 massacre of two adults and five children in Washington, D.C. Despite the arrests that followed, they continued their rampage, exploiting their ties to prominent lawyers and civil rights leaders. A heavy round of convictions and sentences in the 1980’s shattered their strength – only for the crack-dealing Junior Black Mafia to emerge in their wake.

Researched with scores of interviews and unique access to informant logs, witness statements, wiretaps and secret FBI files, BLACK BROTHERS, INC. is the most detailed account ever of an African-American organized crime mob, and a landmark investigation into the modern urban underworld.

“The book is incredible…The documentation is so thorough, it’s unbelievable…We know about corruption, but this is beyond corruption. This is just amazing stuff.”

“Sean Patrick Griffin has delivered a richly detailed narrative of the murderous history of the city’s first African-American crime syndicate.”

Philadelphia’s Black Mafia is a path-breaking book on the history of urban criminal groups… [it] is an important contribution to scholarship and a revealing book to read.”